Ransomware has dominated cybersecurity news headlines for the past decade, and for good reason. Through a combination of advanced encryption and effective extortion mechanisms, a ransomware attack can have devastating consequences for any victim incl...
Sep 30, 2021
47586

Master's Student: A Quick and Dirty Guide To Kernel Hardening with GrSecurity

Our resident Master's student Gian Spicuzza chimes in this month with a great feature HowTo on Kernel Hardening! There are a number of ways to lock down a system, and RBAC (role based access control) is one of them. Read on to learn more about what makes RBAC so useful, and to read one of the best overviews on Low/Medium/High Security...

The combination of the Linux kernel and GNU packages has always been regarded as a secure operating system, but can it be more secure? Kernel hardening is the answer to tightening up the Linux backbone. GrSecurity, a kernel patch for Linux, is one of the more popular approaches...

One of the most significant feature is the addition of a role-based access control system (RBAC) that monitors what each user can execute based on their role and denies execution if they overstep their pre-defined rules.

Secret knocks have been used for purposes as simple and childish as identifying friend or foe during a schoolyard fort war. Fraternities teach these knocks as a rite of passage into their society, and in our security world we can implement this layer of security to lock down an SSH server.
With this guide on FWKNOP by Eckie S. (one of our own), you are taken on an easy-to-follow process of securing your platform with your own client and server port knocking set-up.

Installation, iptable Rules setup, configuring access for the client and server, and everything in between.

It is customary for communities of every sphere to stand up occasionally, and take a good, long look at what

Don’t sit on the sidelines of history. Join the Linux Security community
and write real news & articles about Linux that matters the most.

The aim of the iptables-tutorial is to explain iptables in a complete and simple way. The iptables-tutorial is currently rather stable, and contains information on all the currently available matches and targets (in kernel), as well as a couple of complete example scripts and explanations. It contains a complete section on iptables syntax, as well as other interesting commands such as iptables-save and iptables-restore. The tutorial has recently been under heavy scrutiny and updating, as can be seen in this, the latest version of the tutorial. It is now also available in bookform from Lulu.com. If you feel like contributing or donating to the author of this tutorial, please do buy the book! Thank you!

Blessen Cherian, CTO and Executive Team Member of bobcares.com writes, "Shell scripting is nothing but a group of commands put together and executed one after another in a sequential way. Let's start by mentioning the steps to write and execute a shell script."

Why EnGarde Secure Linux is "Secure By Design"

What is EnGarde Secure Linux?

Security is the primary consideration in designing every element of EnGarde Secure Linux. Guardian Digital applies basic security principles like "least privilege", "no unnecessary services" and "default-deny" rules to every level of EnGarde from access to kernel itself to defense of the network perimeter. Security begins with the selection of the best available open source packages, chosen and tailored for maximum security and following software security best-practices. The next level of protection comes from a complete re-engineering of the standard Linux security model using Security Enhanced Linux (SELinux). SELinux implements the principle of "Mandatory Access Control" which places each program and process under the control of its own SELinux policy, limiting its access to files and resources and effectively containing any intrusions or compromises. EnGarde Secure Linux builds on this secure foundation by placing all administration of EnGarde and its services under the control of the Guardian Digital WebTool. The Guardian Digital WebTool is a secure, remote graphical administration interface that is carefully tailored, not just to simplify administration, but to help maintain secure practices and configurations. For example, EnGarde, through the WebTool, limits user and IP access by default for most services like FTP file transfers and POP/IMAP mail retrieval. For services that must be publicly accessible like Web service and mail transport, the WebTool offers simple setup of SSL-enabled encrypted services. The WebTool also mandates secure practices like encrypted passwords and prevents hazardous configurations like open mail relays. EnGarde Secure Linux extends its secure environment through the use of a carefully integrated selection of the best open source security tools for detecting compromises and intrusions at all levels. EnGarde generates special security-focused system logs to help the administrator identify potential compromises, and adds to this host-based intrusion detection tools. EnGarde monitors the system for potential network compromises and intrusions using the open source Snort intrusion detection system, adding its own NetDiff port status monitoring software.

Linux and open source systems have long been renowned for their stability, versatility and scalability. EnGarde Secure Linux adds the feature crucial to providing services on the modern Internet -- security. Guardian Digital builds security into every element of EnGarde by selecting the best available open source tools and services available and configuring them with security as the top priority. Recognizing that security can only be maintained in a consistent and stable environment, Guardian Digital relieves the user of the burden of "hardening" the system and following secure practices by designing secure administration into its WebTool and by updating and securing the system through the Guardian Digital Secure Network. For an in-depth exploration of the EnGarde Secure Linux security environment, see the full version of this document at "Secure By Design" full text

RFID with Bio-Smart Card in Linux

In this paper, we describe the integration of fingerprint template and RF smart card for clustered network, which is designed on Linux platform and Open source technology to obtain biometrics security. Combination of smart card and biometrics has achieved in two step authentication where smart card authentication is based on a Personal Identification Number (PIN) and the card holder is authenticated using the biometrics template stored in the smart card that is based on the fingerprint verification. The fingerprint verification has to be executed on central host server for security purposes. Protocol designed allows controlling entire parameters of smart security controller like PIN options, Reader delay, real-time clock, alarm option and cardholder access conditions.

The RF Smart Card and card reader/writer were developed to handle payment transaction for public transportation systems. These contact less cards have security features, such as encrypted RF transmission mutual authentication, and security keys. The RF smart card has up to 16 separate sectors, which can be configured as purses or for general data storage. The first sector is typically used as a directory for the rest of the card, leaving 15 segments available for data or purses.

Each sector has two keys, called the A and B keys, allowing different access privileges to that sector. These key pairs can be designated as read and read/write, or decrement and increment/decrement .For example this would allow turnstile readers with the A key to only deduct value from a card sector, while smart card readers with the B keys could either add or subtract value .The card also has a 32-bit unique random number, which is permanently encoded into each chip by the chip manufacturer. Public key infrastructure (PKI) based systems are used to construct a secure system that can achieve secure access conditions. They are consequently being used to carry keys and store personal information in applications such student identification systems.

A packet sniffer is a program which monitors network traffic which passes through your computer. A packet sniffer which runs on your PC connected to the internet using a modem, can tell you your current IP address as well as the IP addresses of the web servers whose sites you are visiting.

In this article I am trying to explain what DDOS is and how it can be prevented. DDOS happens due to lack of security awareness of the network/server owners. On a daily basis we hear that a particular machine is under DDOS attack or NOC has unplugged the machine due to DDOS attack . So DDOS has become one of the common issues in this electronics world. DDOS is like a disease which doesn't have an anti-viral developed. So we should be carefull while dealing with it . Never take it lightly. In this article i am trying to explain the steps/measures which will help us defend from DDOS attack ,up to a certain extend .

In this article I would like to describe how care for a human body is similar to a server. It is a globally accepted fact that everything is interrelated to each other in this world in one way or the other. Let me try to prove it in the case of a human body and a human built server.

Writing Behind a Buffer

In this paper we are going to describe a kind of vulnerability that is known in the literature but also poor documented. In fact, the problem that is going to be analyzed can be reduced to a memory adjacent overwriting attack but usually it is obtained exploiting the last null byte of a buffer, hence we are going to show that the same result is still possible writing behind a buffer, under certain conditions. To fully understand the subject of this article it's necessary to describe the memory organization1 of running processes, then the memory adjacent overwrite attack, concluding with our analysis.

While there are several sources of technical information on using pgp in general, and key signing in particular, this article emphasizes social aspects of key signing that are too often ignored, misleading or incorrect in the technical literature. There are also technical issues pointed out where I believe other documentation to be lacking. It is important to acknowledge and address social aspects in a system such as pgp, because the weakest link in the system is the human that is using it. The algorithms, protocols and applications used as part of a pgp system are relatively difficult to compromise or 'break', but the human user can often be easily fooled. Since the human is the weak link in this chain, attention must be paid to actions and decisions of that human; users must be aware of the pitfalls and know how to avoid them.

In this paper, we describe and analyze a network based DoS at¬tack for IP based networks. It is known as SYN flooding. It works by an attacker sending many TCP connection re¬quests with spoofed source addresses to a victim's machine. Each request causes the targeted host to instantiate data structures out of a limited pool of resources to deny further legitimate access. 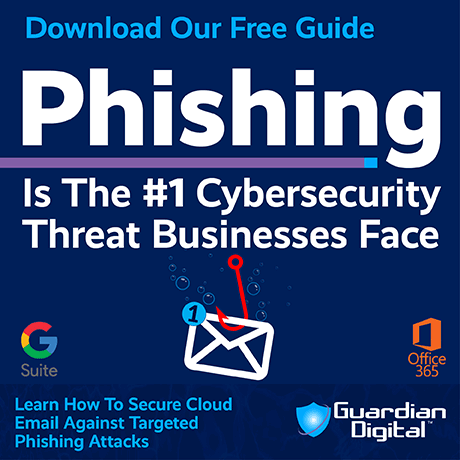